How we came into being

In 2015, the music therapist Lena Klein traveled to Ecuador for the first time to teach in a music school in a poor district of the city of Guayaquil in Ecuador and to research for her master's thesis within the framework of curative education studies. Fascinated by music, country, people and above all the Guasmo Sur district, she wrote her master's thesis in no time at all, only to travel to Ecuador again shortly afterwards. There she then spent several months teaching various instruments in the Clave de Sur music school to children and adolescents who, due to various conditions, did not have it easy in life. When a young man signed up for guitar lessons who found it difficult to learn to play the guitar due to a mental handicap, it was the first time to work in music therapy. The music school quickly adapted to the new needs and all the instruments present were made available for the music therapy lessons.

The health officer of the umbrella organization Mi Cometa - Marjorie Galarza - noticed that music therapy had found its way into the music school and suggested that the project be expanded. Shortly afterwards, Lena was in the middle of the filming location, which she sent to ArtEZ Hogeschool in Enschede - the university where she had studied music therapy - to receive donations for therapeutic instruments. The video was a complete success and shortly after Christmas 2016 the first donation came, from which Lena was able to buy instruments and a gush of care products that ultimately flew to Ecuador with Vanessa Felten.

In the meantime, a room had been found on site, which was transformed into a music therapy room in a joint action. Clearing out, cleaning, painting, quickly everything was done and a small music therapy area was created. Gradually, the new project got around and more and more registrations fluttered in. A short time later, Lena was faced with the question: What should I do if I have to go back to Germany? Can this go on here? If yes, how? Fortunately, there are a few clever and interested minds in Mi Cometa and together the plan was made to find volunteers on site who would like to be active in the project and offer music therapies. The bush drum was stirred again and after a few days Lena had a small group of middle-aged women sitting in front of her who wanted to learn more about music therapy. After about two months of weekly instruction, the women were given official diplomas at an official inauguration ceremony of the music therapy room for successful participation and the hope of further cooperation in the project. Vanessa Felten took part in this inauguration ceremony and gave a lecture about her work at the SPZ Trier, which motivated the women sustainably. A few days later, Lena had to go back to Germany ... 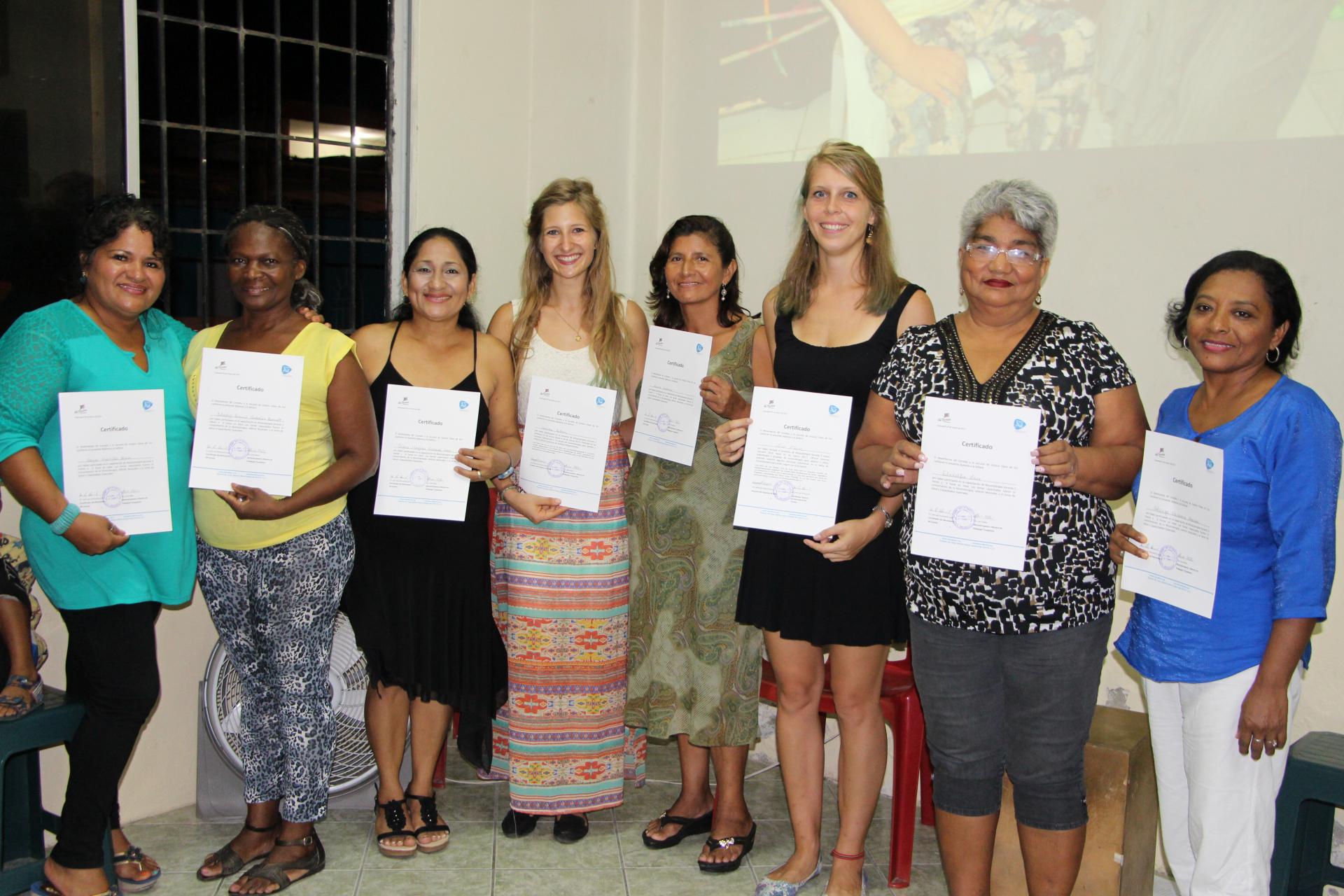 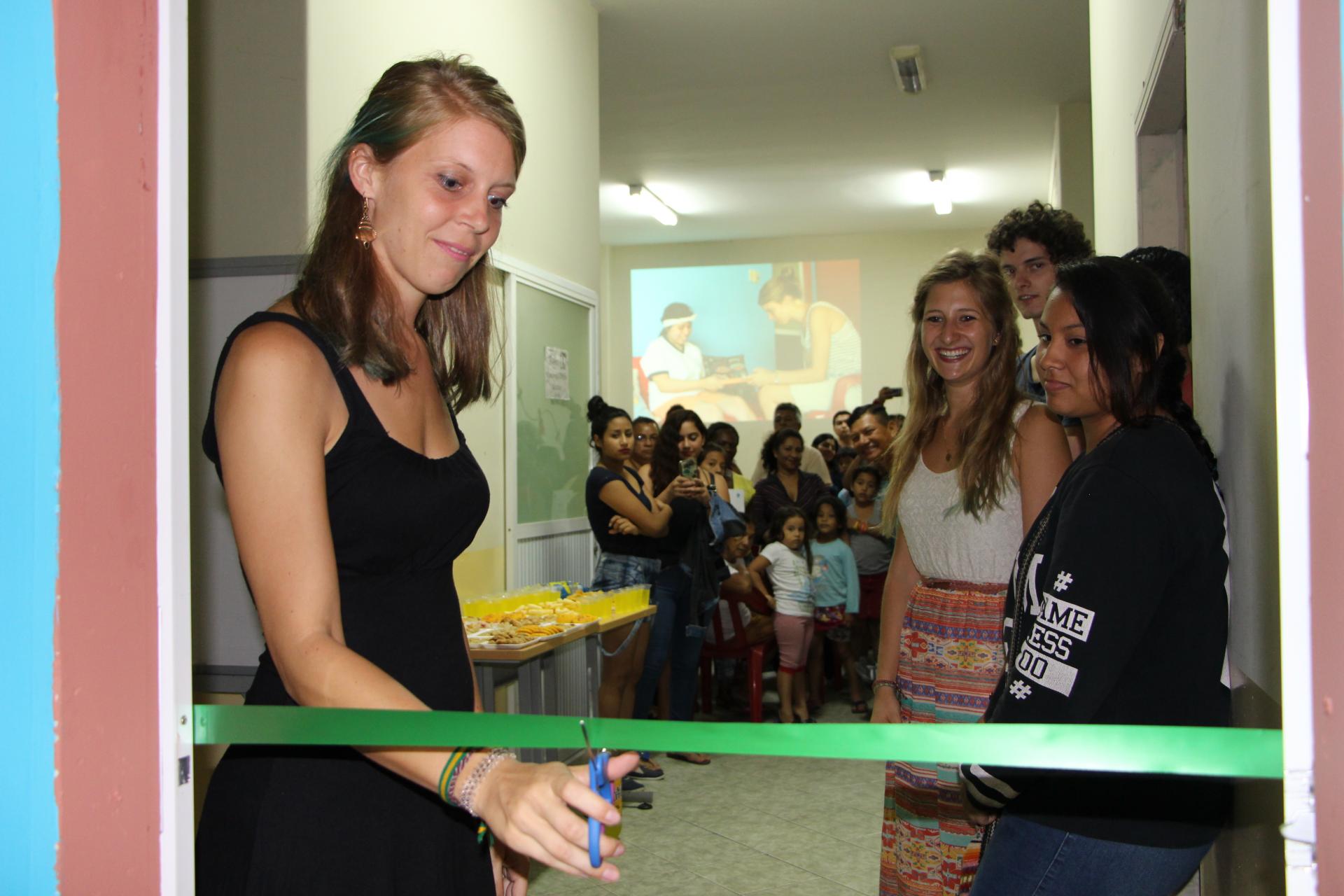 So far and yet so close ... The project did not let her go ... Whether the women would be able to continue despite the little knowledge of music therapy, even music at all? And then also on a voluntary basis? They weren't musicians at all and couldn't just invent a therapeutic song on the guitar and shake a music therapy session out of their sleeves ... And the families ... whether they would continue to bring their relatives to music therapy? Would the doors still open on home visits?

Lena quickly found a job as a music teacher at the German school in Guayaquil and flew back to Ecuador 3 months later, this time for an uncertain time, it was a good feeling, the continuation of the project was secured for the time being ... Before that in Germany Lena had received a newsletter Barbara Schilt, a freshly baked music therapist from Heidelberg who also traveled to Guayaquil to work on the project for almost a year. Together Barbara and Lena arranged regular instruction hours with the women on site. This was followed by instrumental lessons and building instruments, free improvisations, singing techniques, music therapy techniques, home visits and health markets. The women felt more belonging, found their roles, developed further. More participants and more families joined, regular community events, beach visits and fiestas strengthened cohesion until today. And today there is the association Musicamento Ecuador e. V.! 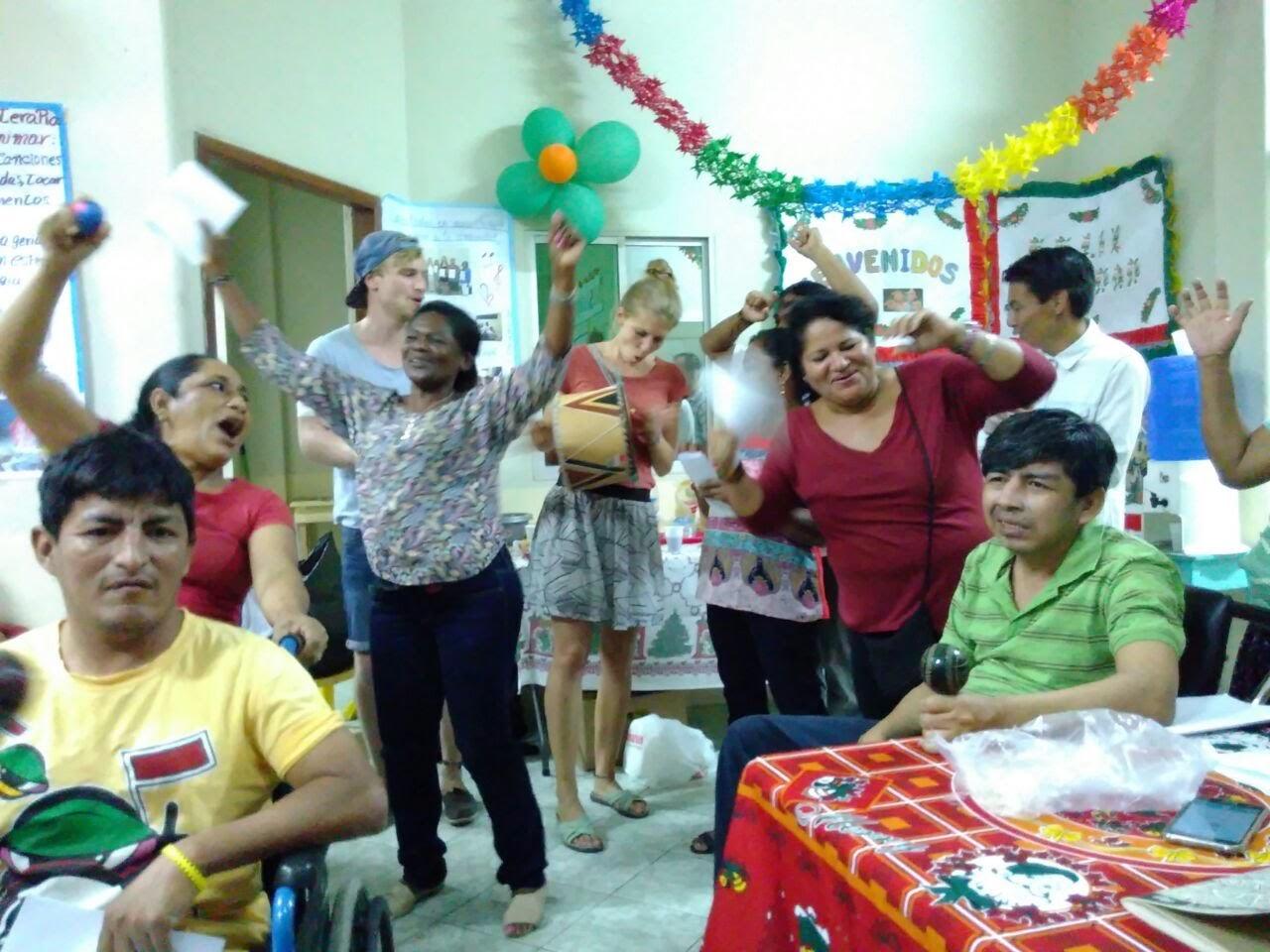 We would now like to find you, people who want to travel to Ecuador and bring their specialist knowledge of music, art, physiotherapy, occupational therapy, social work, curative education and many similar directions on site, so that more and more an inclusive, open and value-free community emerges. People who want to have a very special experience in the Guasmo with our host families, who want to rediscover themselves and a wonderful country and who can speak Spanish or want to learn it.

Have we catched your interest? Would you like to learn more or become a member?

Then get in touch :)